TRI Team PDX is a Portland, Oregon based triathlon group created to bring fellow multi-sport athletes together to train and race. We are focused on building a structured beginners series for those new to the sport, as well as consistent group workouts that triathletes of all abilities can benefit from. We also pride ourselves on providing incredible race support, amazing partners and discounts, and an abundance of social activities.

Supporting multi-sport athletes of all abilities and different levels. 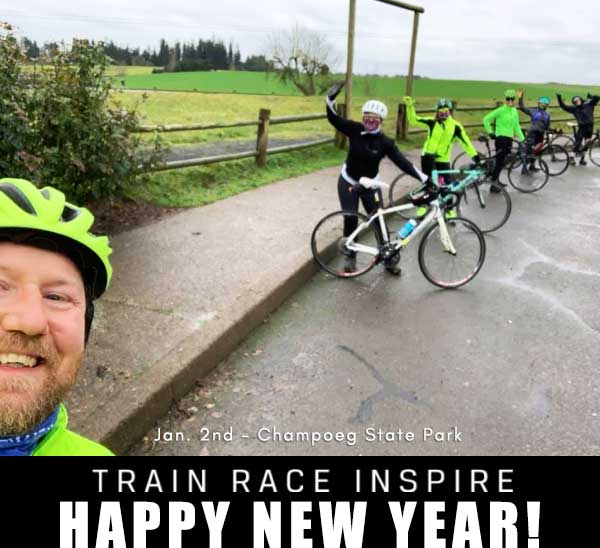 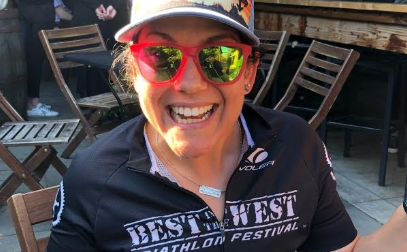 Jillian was a latecomer to the Triathalon world. She grew up swimming in Florida and then started to run when she moved out to the Pacific Northwest in 2012. In 2019, she thought why not throw in the love for biking as well. After completing her first Half Ironman in Whistler that year she knew she was destined for the world of endurance racing. The Tri Team PDX community has really become her family during the past year. Find her out on the race course or on the sidelines cheering on her fellow athletes. You can’t miss her with her love of vibrant colors and cheers of excitement as you pass that finish line! 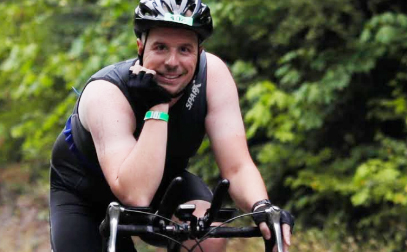 While on a vacation in Hawaii in 2019, Nic happened to meet up with a friend coaching a triathlon race(Lava Man). Destiny intertwined and 45 days later, he completed his first sprint. With his amazing family supporting him, he dove into bigger/tougher races and challenges. In 2020 he hopes to complete his first full distance Ironman Race. Finding TTPDX was a natural progression in the journey of triathlons and he is "thrilled" at the opportunity to be able to help give back and strengthen the team, community, and sport. 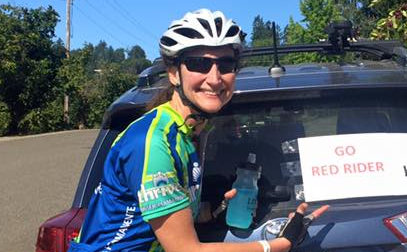 I was hooked on triathlon a few years ago and have competed in several Olympic distance local Oregon races, with a goal to complete at 70.3 for my 50th bday and then…who knows! Training with and getting to know other athletes on the journey has been transformative not only in my enjoyment of the sport but in bringing me so much joy, making my life feel rich and full. 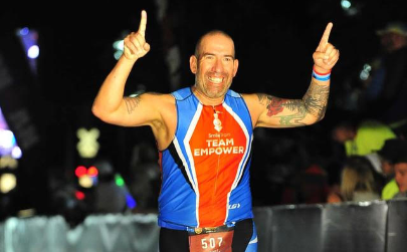 Born and raised in the Rose City, I have always been an athlete with baseball being my forever love. In 2003, I signed up for my first ever running event, the Shamrock Run and then in the summer, joined my first Hood to Coast team. 12 HTC races in a row, along with 16 completed 26.2's, 2 Ultra Marathons, 9 Cascade Lakes Relays, countless 13.1 races, and training miles, I fell in love with the triathlon sport in 2008. My horrific fear of open water from almost drowning in the beautiful Pacific Ocean in Ecuador as a Peace Corps Volunteer, prevented me from doing any open water triathlons until I decided to overcome my fear in 2015. After two sessions of hypnosis, I finally had the tools to fight this fear and that summer, I completed my first open water Olympic Triathlon at Hagg Lake. In 2019, on January 1st, I signed up with Smile Train to help raise money for children with cleft and train to complete my dream, athletic goal of becoming an Ironman. After 11 months of intense training, on November 24th, 2019, in Tempe, AZ, after 16 hours and 1 minutes, I crossed that finish line and officially became an Ironman. I joined TriTeamPDX to continue staying healthy, push my body, be inspired by my teammates and empower others. 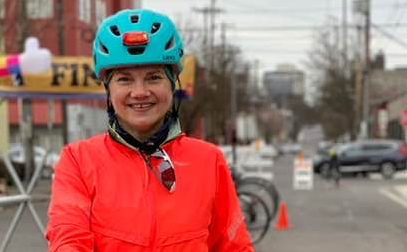 Shelly hit 50 and realized she couldn’t rely on good genes and a healthy metabolism any longer and that she needed accountability, goals and a community of like-minded folks to keep her sane. Luckily she was talked into doing her first Tri Sprint by a friend and neighbor (now also a member!) in 2018 and fell in love with the challenge. The sport is perfect for those who, like Shelly, get bored easily. Being part of Tri Team PDX has been a total blast – the people are amazing! As one of the oldest and slowest - Shelly wants to encourage others to take up the sport and see for themselves what a wonderful transformation it can bring regardless of where they start or how fast they get to the finish line. 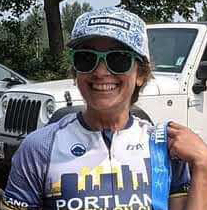 I am a transplant from the East Coast and has been a Portlander now for 17 years. My love of triathlons began 10 years ago with a Sprint Tri at Blue Lake. I did my first 70.3 in 2018 and got hooked to the longer distance races. Over these years, the community of awesome triathletes has grown and the friendships formed will be forever. The Tri community is what keeps me going as training for those races a year, while awesome, can be a bit grueling and challenging. When I'm not training or working at that 8:00-5:00 job, you can find me surfing, or dreaming of surfing, or planning my next surf adventure! This is my first year as a TriTeamPDX Board Member and I'm excited to be a part of this fun, awesome and committed group of people.

Don’t forget to join Sunday Runday before we ...

A HUGE congratulations to our TriTeamPDX member, ...

Congratulations Laura to your fantastic Boston ...

We still need our members to submit their survey ...

TriTeamPDX is striving for inclusivity.